Albums of the series
The Army of the Duchy of Warsaw 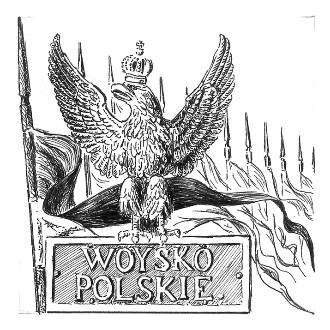 The series The Army of the Duchy of Warsaw has a long history. It is a project and creation of Ryszard Morawski, a renowned painter and well known expert of military uniforms. His excellent illustrations of military subjects first appeared in the publication Relax in the 1970s. In 1992, the publishing company Bellona issued the album about the Cavalry of the Duchy of Warsaw: Chasseurs, Cuirassiers, Hussars and Cracow Cavalry.

In 2004, enthusiasts of the Napoleonic Era received the book: Artillery, Engineers, Sappers. It was published by Pelta W. Chojnacki (2nd edition by Karabela D. Chojnacka). In 50 colorful plates, including 3 fold out pages, Morawski introduced the uniforms and equipment of artillery, engineers and sappers. It was the first publication extensively dedicated to mounted and foot artillery, engineers, sappers, pontooniers, and drivers of equipment trains. The author of the text is the well-known historian Andrzej Nieuważny, an expert on the Napoleonic era.

In 2009, KARABELA published the album, Uhlans, Honour Guard, Noble Levy, Mounted Gendarmerie (vol. 1-2) focusing extensively on 18 Polish and Lithuanian Light Cavalry units and containing 189 colorful plates by Ryszard Morawski. The text was written by Adam Paczuski, museologist, and an expert in Napoleonic Era iconography. The same set of authors, Ryszard Morawski and Adam Paczuski, produced 2014 the next album titled Infantry, National Guard, Veterans (vol. 1-2), which continued the theme of army uniforms and equipment in the Duchy of Warsaw. This set of two books contained 165 color plates, 3 black and white plates and one centerfold showing the organization of the 22 brigades of the Duchy of Warsaw Infantry force in the period 1806-1814.

Our last book of the series has just come out: Generals, aides-de-camp, staffs (2018)

The current book includes as many as 96 colour new charts by Ryszard Morawski and offers – on 328 pages – texts written by three seminal authors: Andrzej Dusiewicz, Tadeusz Jeziorowski and Andrzej Nieuważny, who died when gathering relevant information. It offers a new, comprehensive perspective on the commanders of the army of the Duchy of Warsaw, based e.g. on previously unused domestic and foreign archival records. The book analyses in depth topics such as changes in the structure of commanding the army, officials of the Duchy connected with the military, but also the health service and chaplains offering pastoral care to the troops. The text contains moreover organisation charts of the supreme military offices and of infantry and cavalry regiments. A separate, innovative chapter was dedicated to the orders of the era, only partly familiar to those interested in the issue. Apart from popular orders, such as the Virtuti Militari and the Legion of Honour, the reader will see on colourful charts and read about 10 other orders worn on their uniforms by Polish generals and aides-de-camp of that time. The two tables in the album provide information on nominations to particular ranks and on the distinctions conferred on the generals of the Duchy and on Polish higher officers serving in foreign armies (in French and Italian pay). The new, colourful charts by Ryszard Morawski depict Prince Józef Poniatowski and 28 other generals in various uniforms, worn at that time by high-ranking officers of the Duchy of Warsaw. Other charts show officers, aides-de-camp and officials employed in the staff and in the Ministry of War. Eight detailed charts offer an insight into the separate parts of the uniforms and accessories. Over a dozen other detailed tables are related to orders and medical equipment. The graphic design of this volume, too, was entrusted to painter Ryszard Morawski. He is moreover the author of the initials. The drawings at the end of the chapters and on the flyleaf were made by Andrzej Rekść-Raubo. 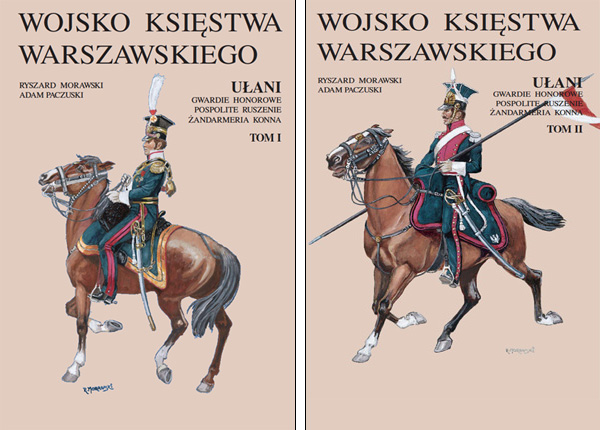 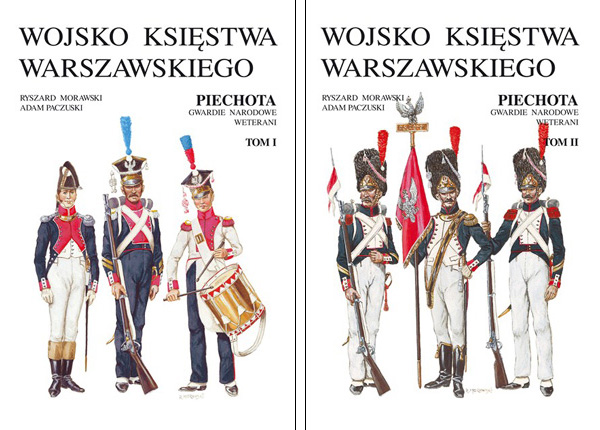 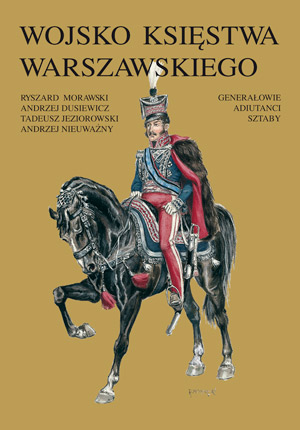 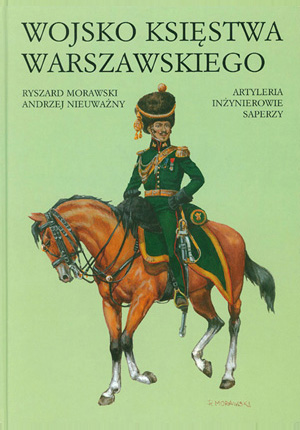