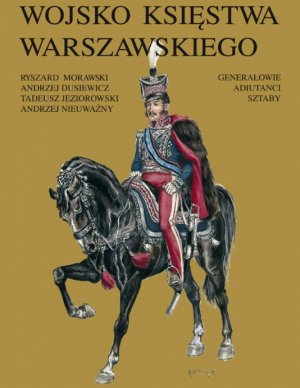 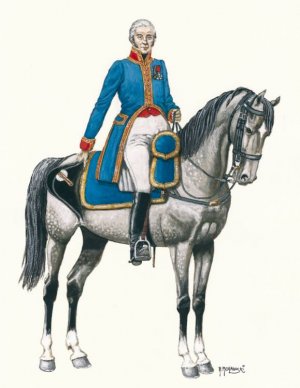 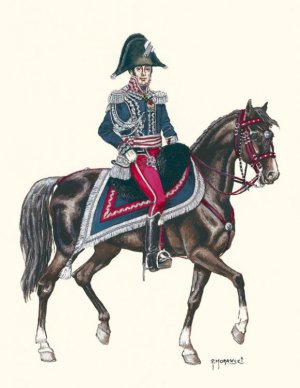 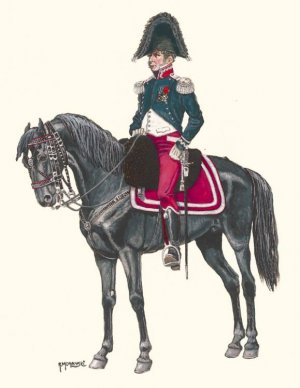 A fourth book of The Army of the Duchy of Warsaw offers a new, comprehensive perspective on the famous commanders of the army of the Duchy of Warsaw, based e.g. on previously unused domestic and foreign archival records. The book analyses in depth topics such as changes in the structure of commanding the army, officials of the Duchy connected with the military, but also the health service and chaplains offering pastoral care to the troops. The text contains moreover organisation charts of the supreme military offices and of infantry and cavalry regiments. A separate, innovative chapter was dedicated to the orders of the era, only partly familiar to those interested in the issue. Apart from popular orders, such as the Virtuti Militari and the Legion of Honour, the reader will see on colourful plates and read about 10 other orders worn on their uniforms by Polish generals and aides-de-camp of that time.

The two tables in the album provide information on nominations to particular ranks and on the distinctions conferred on the generals of the Duchy and on Polish higher officers serving in foreign armies (in French and Italian pay).

The new, colourful plates painted by Ryszard Morawski depict Prince Józef Poniatowski and 28 other generals in various uniforms, worn at that time by high-ranking officers of the Duchy of Warsaw. Other tables show officers, aides-de-camp and officials employed in the staff and in the Ministry of War. Eight detailed plates offer an insight into the separate parts of the uniforms and accessories. Over a dozen other detailed tables are related to orders and medical equipment.

The graphic design of this volume, too, was entrusted to painter Ryszard Morawski. He is moreover the author of the initials. The drawings at the end of the chapters and on the flyleaf were made by Andrzej Rekść-Raubo.

Readers interested in the uniforms of the Napoleonic era most likely remember the 1996 Bellona Publishing House publication, the first one on this subject, illustrated by Ryszard Morawski: The Army of the Duchy of Warsaw. Generals and Staffs. That volume contained 42 colour tables and had 179 pages. The current book includes as many as 96 colour new plates by the same painter and offers – on 328 pages – a completely new content, texts written by three seminal authors: Andrzej Dusiewicz, Tadeusz Jeziorowski and Andrzej Nieuważny, who died when gathering relevant information.

The use of new sources, taking into account previously untouched subjects, systematic information provided via charts and enlarged tables, dividing the generals into those serving directly the Duchy of Warsaw and those who were nominated and served in foreign armies are the undeniable assets of our publication, which orders the relevant information and rectifies earlier mistakes. 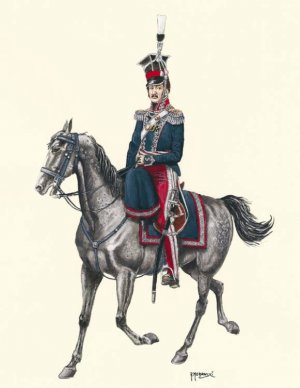 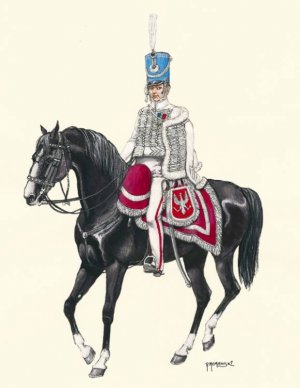 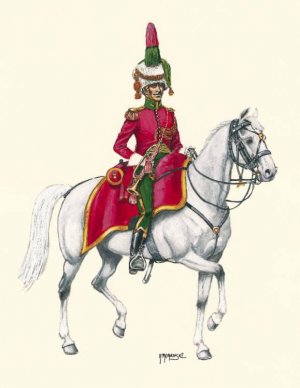