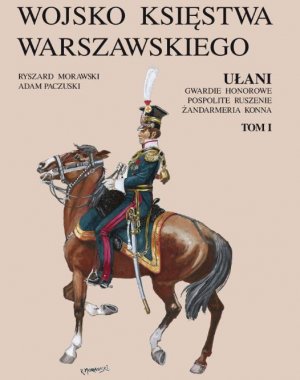 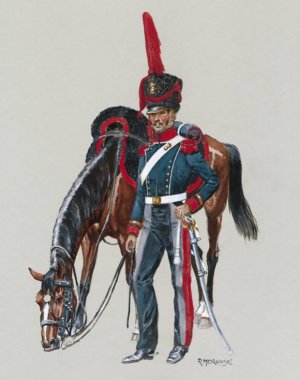 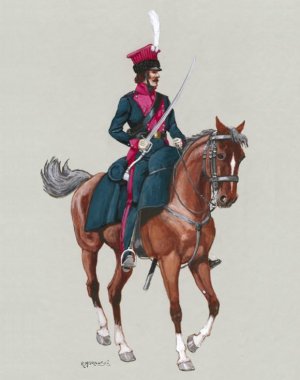 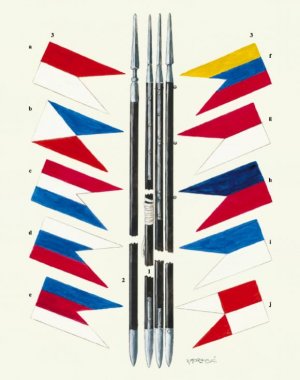 It is the first that extensive study on the history of all uhlan regiments of the Duchy of Warsaw.

The gouaches plates were painted by Ryszard Morawski and the text was written by Adam Paczuski, an expert in the field of Napoleonic Era uniforms. Basing on lesser known documentary sources he points out interesting features of uhlan’s uniform. Apart from the silhouettes of the infantry soldiers and cavalrymen he presents separately the details of the uniforms and the equipment.

The author presents the roots of the uhlans describing Tartars formations in Polish service, front guard and national cavalry. The following chapters deal with Noble Levy from 1806 and 1809, honour guard and mounted gendarmerie. However, the main part of the text is dedicated to the history of 18 Polish and Lithuanian uhlan regiments of the Duchy of Warsaw and reconstructs their participation in Napoleonic Campaigns between 1806 and 1814. In a separate chapter Adam Paczuski focuses on the uniforms, weapons and equipment of this light cavalry formation. He also mentions the inseparable comrade of every uhlan, the horse.

The final section of the second volume contains additionally the bibliography, alphabetical index of names and extensive summaries in French, English and German. 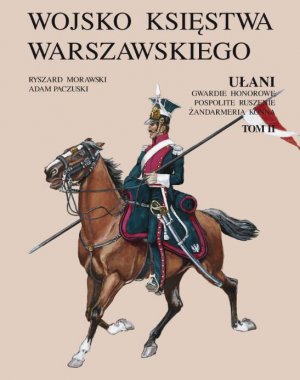 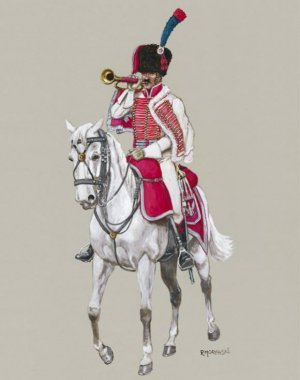 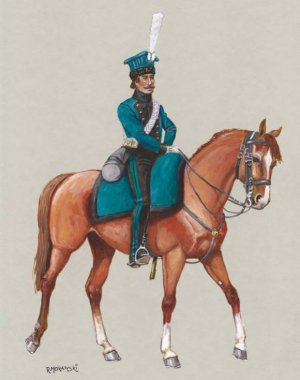 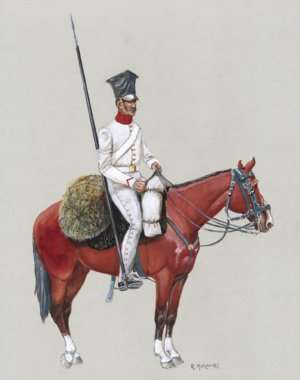