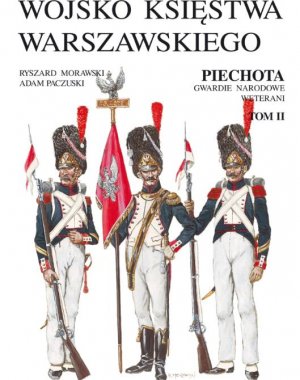 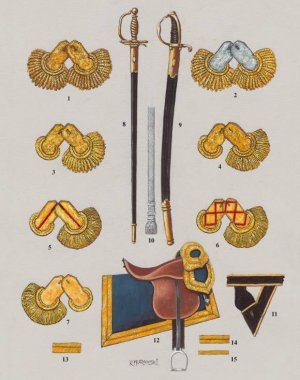 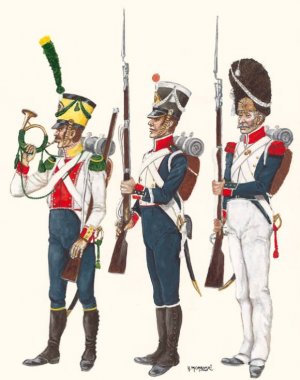 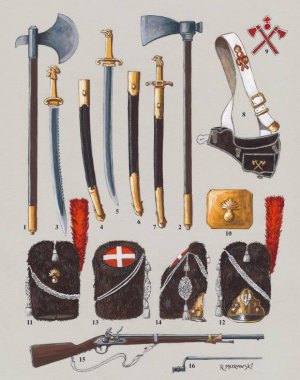 We present our readers with the long-awaited album dedicated to Infantry, National Guard and Veterans. This book is the part of the series The Army of the Duchy of Warsaw and the first comprehensive study on the history of all infantry regiments of the Duchy. The colour plates were once again painted by artist Ryszard Morawski, while the text was written by Adam Paczuski, museologist and expert in the iconography of the Napoleonic era. Due to the breadth of the subject, the album was divided into two volumes. In addition to the extensive text, there are 165 colour and 3 black and white plates as well as one centrefold presenting the organization of 22 infantry regiments of the Duchy of Warsaw during the years 1806 and 1814. On 123 colour plates Ryszard Morawski illustrates silhouettes of 327 commissioned and non-commissioned officers and soldiers. In addition, another 42 colour plates show elements of uniforms, weapons and equipment. Each colour plate is captioned in Polish, French, English and German. Ryszard Morawski also created the spectacular initials and drawings in the book.

Adam Paczuski presents the story of the Polish Infantry starting at the end of 1806, analyzing thoroughly its subsequent reorganizations in the army of the Duchy. In the first volume, the author describes the history of the Polish division in Spain and the Infantry’s contribution to the victorious war against Austria in 1809. The second volume contains an extensive study of the involvement of the Duchy of Warsaw Infantry in the 1812 campaign as well as Saxon and French campaigns.

In addition, the reader will gain an in-depth knowledge of formations that supported the Infantry – the National Guard and the Veterans. The author portrays the everyday life of an infantryman (conscription, training, life in barracks and in the field, organization of the regiment etc.). He also describes in detail the uniforms, weapons and equipment of officers, non-commissioned officers and soldiers as well as their combat tactics.

The final section of the second volume contains the bibliography, alphabetical index of names and extensive summaries in English, French and German. 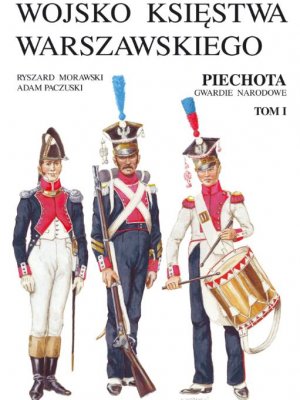 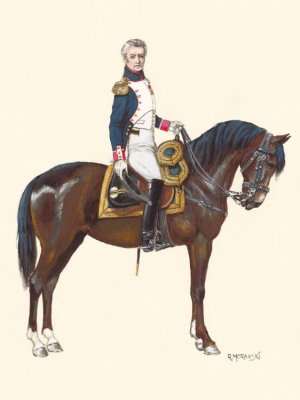 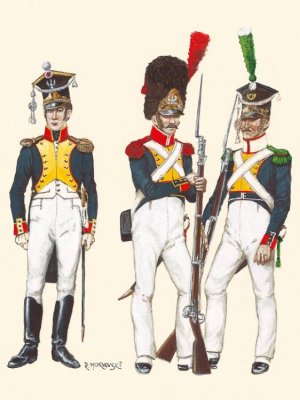