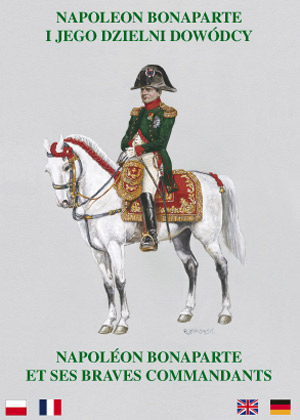 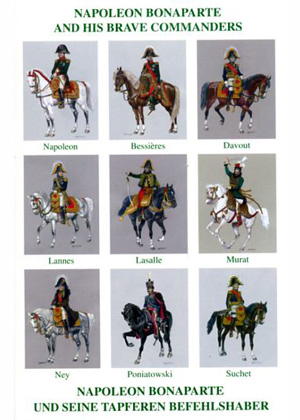 9 postcards in a case, foil packaging

This series of 9 full-colour postcards presents Napoleon Bonaparte and the Marshals of the Empire: Jean Baptiste Bessières, Louis Nicolas Davout, Jean Lannes, Joachim Murat, Michel Ney, Joseph Antoni Poniatowski, Louis Gabriel Suchet and General de division Antoine Charles Louis Lasalle. All of whom distinguished themselves by valour in battle. Four died on the battlefield: Bessières, Lannes, Lasalle and Poniatowski. Prince Joseph Poniatowski, Commander-in-Chief of the army of Duchy of Warsaw was the only foreigner among the 26 Marshals of the Empire. The front of the postcards presents a colour plate painted by Ryszard Morawski. The reverse side is designed so the cards can be used as postcards, as well as a collector’s item. Each picture is captioned in four languages: Polish, French, English and German.