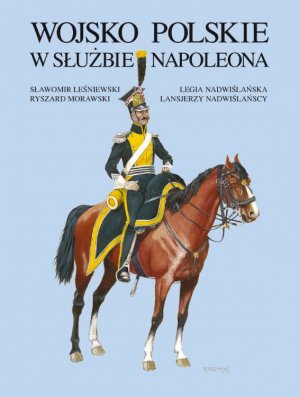 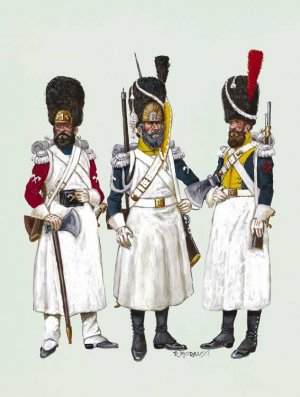 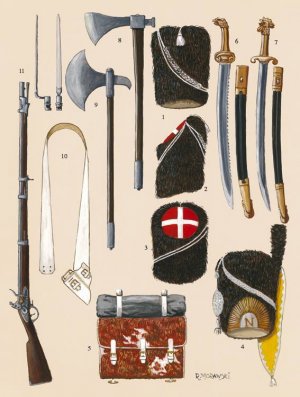 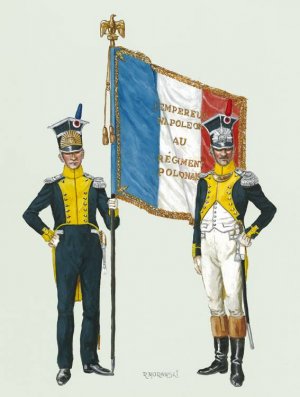 This is the first volume of three expected albums from The Polish Army Under Napoleon's Command Series. Ryszard Morawski who is an acknowledged expert on military uniforms, particularly from the Napoleonic Era, once again rendered the gouaches. The text was written by Sławomir Leśniewski. The author describes the origins of the Vistula Legion, its organization, the tactics used by the infantry and the cavalry, the uniforms and the equipment. The reader will be able to follow the battles of the Legion’s infantry regiments and lancers (los infernos picadores) during several years on the Iberian Peninsula where both formations were famous their bravery and tenacity (Saragossa, Tarragona, Ciudad Real, Ocaña, Albuera). Later, the story moves to the Legion’s participation in the Russian Campaign between 1812 and 1815, including the battles in Russia, Germany and France.

The illustrations consist of 85 colour plates painted by Ryszard Morawski. Apart from the silhouettes of the infantry soldiers and cavalrymen, they present details of uniforms and equipment. Each plate is captioned in Polish, French and English. The final section of the book contains the bibliography, alphabetical index of names and extensive French and English summaries. 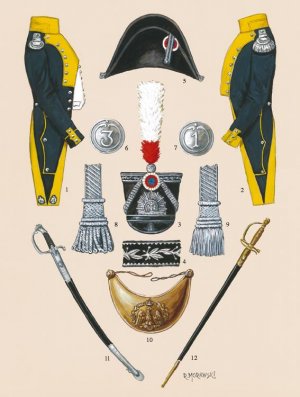 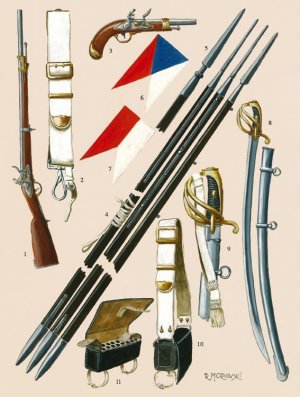 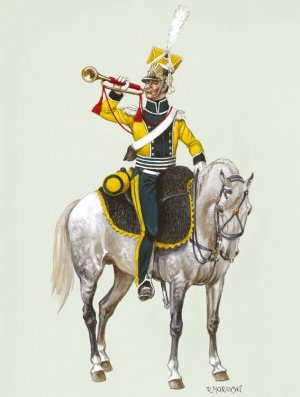 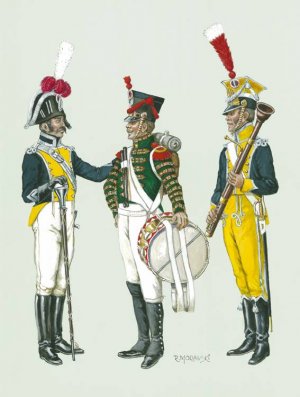