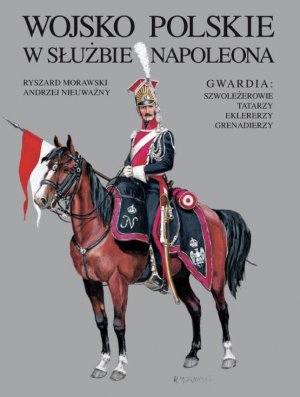 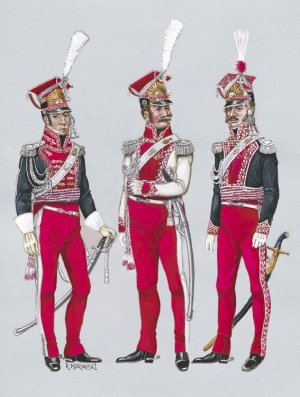 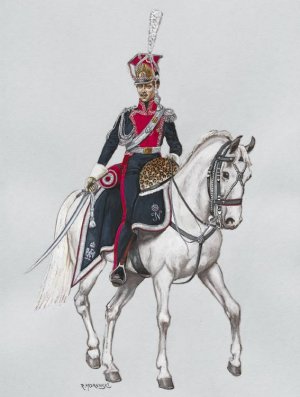 This is the second volume of the planned three albums series: The Polish Army Under Napoleon's Command. Ryszard Morawski, an acknowledged expert on military uniforms, once again rendered the wonderful gouaches particularly from the Napoleonic Era. Andrzej Nieuważny, a well-known historian who specializes in the Napoleonic Era, wrote the text; he has authored a book about artillery of the Duchy of Warsaw.

Our current offering describes Polish military units in the Napoleonic Guard. It was published on the 200-year anniversary of the famous charge of the 3rd Chevau-Legers Lancers Squadron under Kozietulski at Somosierra. A considerable part of the text is dedicated to the regiments of Light Cavalry (Polish Chevau-Legers Lancers of the Imperial Guard, La Vieille Garde - l'élite de l'élite) and their combat path through Spain, Austria, Russia, Germany and France. The author faithfully reconstructs the course of the outstanding charge at Somosierra, summing up existing research and giving up his own conclusions about this amazing fight. The reader will learn a lot not only about the uniforms, but also about the arms, equipment and garrison life of this famous Polish cavalry unit. A. Nieuważny also familiarizes us with lesser-known Polish cavalry troops: Lithuanian Tatars, Eclaireurs and Foot Grenadiers.

The illustrated part consists of 86 colour plates painted by Ryszard Morawski. Apart from the silhouettes of the infantry soldiers and cavalrymen, they present details of the uniforms and equipment. Each plate is captioned in Polish, French and English. Beautiful artwork, done by Andrzej Rekść-Raubo, shows different ways of fighting with lances as well as a map of Somosierra. The final section of the book contains the bibliography, alphabetical index of names and extensive French and English summaries. 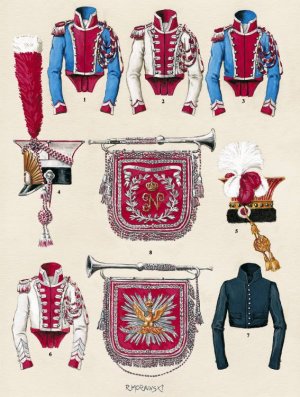 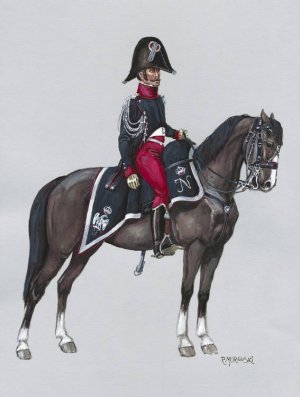 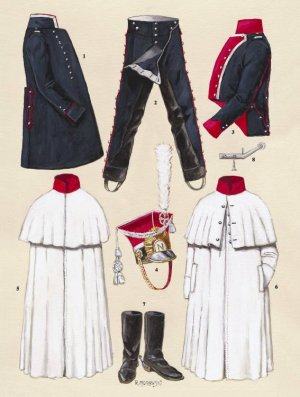 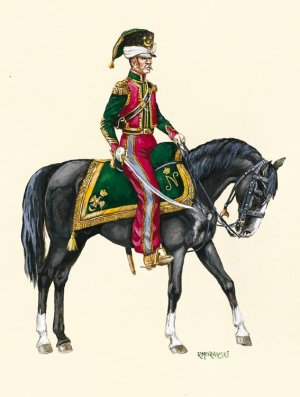